3D reconstructions (visualization) in forensic field of application is a set of different computer technologies aiming at the reconstruction of a shooting case and the explanation of material traces at the scene of crime, on a suspect or a victim. 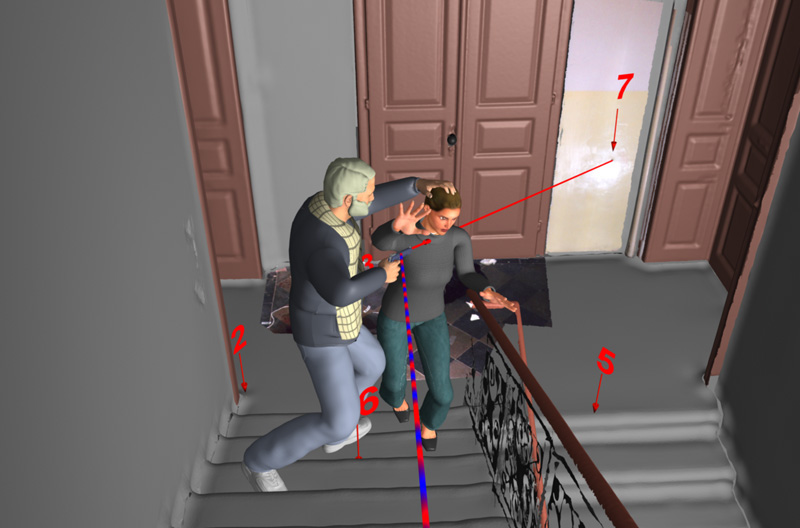